October is here, and you know what that means: it’s time to get cozy and enjoy Halloween movies! Whether you like funny Halloween movies that will make you laugh or horrors that will give you goosebumps, we’ve got you covered. We’ve prepared a great Halloween movies list. So check it out and enjoy! Of course, we recommend you create your own checklist online and put it somewhere around you to free up your mind.

Michael Myers gets out of a mental hospital 15 years after killing his sister on Halloween night in 1963. He then returns to the small town of Haddonfield, Illinois, to kill again.

A single mom gives her son a much-wanted doll for his birthday, only to find out that it has the soul of a serial killer inside it.

The famous scientist’s grandson is trying to prove that his grandfather wasn’t insane as people think. He is invited to Transylvania, where he learns how to bring a dead body back to life.

A family spends the winter in a remote hotel, where the father is pushed to violence by an evil presence, and his psychic son sees terrible things from the past and the future.

A mysterious killer follows a group of camp counselors as they try to reopen a summer camp with a dark history called Crystal Lake.

A woman goes to two priests for help when her daughter, a teenager, becomes possessed by an unseen enemy.

A newly married couple and their three kids move into a big house where many people were killed. They start to have strange, unexplainable things happen to them that significantly affect everyone who lives in or visits the house.

Count Dracula, a vampire from Transylvania, gets a naive real estate agent to do what he wants. He then moves to a London estate, where he sleeps in his coffin during the day and looks for new victims at night.

A Phoenix secretary steals $40,000 from a client of her boss, then runs away and checks into a motel run by a young man whose mother exerts dominance over him.

A violent religious cult of children has trapped a young couple in a small town where they think everyone over the age of 18 must be killed.

Create your own Halloween movie checklist with this awesome template. Cheqmark checklist maker tool is free, and you can make as many checklists as you want.

Twenty-five years after a string of brutal murders shocked the quiet town of Woodsboro, California, a new killer puts on the Ghostface mask and decides to kill a group of teenagers to bring back secrets from the town’s deadly past.

A young couple goes on a romantic getaway to an exotic island where they plan to dine at a fancy restaurant. But unfortunately, they don’t know that the chef has prepared for them some shocking surprises.

What should have been a relaxing weekend for a loving couple is interrupted by a nightmare cult and its lunatic leader, who has come to carry out an end-of-the-world prophecy.

In 1979, a group of young filmmakers went to rural Texas to make an adult movie. When their elderly, reclusive hosts caught them, the actors had to fight for their lives.

A woman renting a house through Airbnb finds out it is not what it seems.

Pearl is confined to her family’s remote farm, where she must take care of her dying father while her devoted mother keeps a stern and domineering eye on her. Pearl’s ambitions, temptations, and repressions all clash horrifyingly as she strives for a more glamorous existence.

Esther sneaks into America after escaping from an Estonian mental hospital by pretending to be the missing daughter of a wealthy family. However, a surprising twist places her against a mother who would stop at nothing to keep her family safe.

Laurie Strode is living with her granddaughter and working on her memoir four years after her last run-in with the masked killer Michael Myers. Since then, Myers hasn’t been seen, and Laurie finally decides to let go of her anger and fear and start living again. But when a young man who was babysitting a boy is accused of killing him, a chain of violence and terror forces Laurie to face the evil she can’t stop.

A teenage girl accidentally lets out an old, mischievous spirit on Halloween, which makes decorations come to life and cause trouble. To save her town, she must collaborate with her father, the last person she’d want to deal with.

There’s Someone Inside Your House (2021)

A masked killer is going after the Osborne High School seniors, hoping to find out their darkest secrets. Only a group of misfit outsiders can stop these killings.

When a young coder starts up a lost survival horror game from the 1980s, she sets off a hidden curse that rips apart reality and forces her to make difficult choices with deadly results.

Knowing that the strange Addams family is looking for a long-lost family member, con artists come up with a plan to trick the family by having one of them pretend to be the long-lost Uncle Fester. Morticia and Gomez Addams, however, are hard to beat.

An incompletely constructed artificial guy with scissors for hands keeps a solitary existence. Then, one day, he meets a suburban woman who introduces him to her world.

A college student has to live through the day she was killed over and over again in a loop that won’t end until she finds out who killed her.

When an orphan meets a witch, his grandmother puts him up in a hotel to keep him safe. But in the same hotel, a cohort of witches is planning to get rid of all the children of the world.

When it comes to getting into the Halloween spirit, nothing works better than an old good horror movie. When you turn down the lights and watch a scary movie, your heart beats faster, your mind scans the shadows for danger, and your body jumps off the couch at every loud sound.

So if you’re searching for the best Halloween movies to watch this year, here are plenty of picks for all movie lovers. You can also create your own list of movies using Cheqmark, one of the best free checklist tools. Visit our gallery with beautifully designed templates that you can customize and update. Copy, complete, and download. Give Cheqmark a try today, and you won’t regret it. Happy Halloween!

Read More
FFestive Checklists
In this article, you’ll find the following ten New Year resolution goals might want to borrow in 2022 and the ways to achieve them. 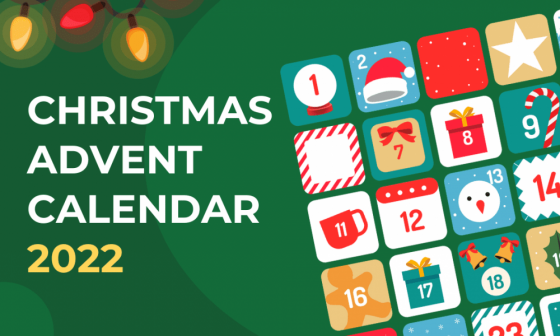 Read More
FFestive Checklists
There is nothing more exciting than the magic of Christmas time. As soon as the first day of…

Read More
FFestive Checklists
In this guide, we share with you our Thanksgiving day checklist from our gallery that will help you avoid stressful preparations.

Read More
FFestive Checklists
Lack of interesting ideas you can try this year on Valentine’s Day? We've prepared a list of simple but very exciting activities that will make your holiday unforgettable. Read More
FFestive Checklists
A well-organized holiday begins with proper planning. Why wait until the last week before Christmas to prepare? With our holiday checklist planner, you will keep track of all the tasks during December and have extra time left for a cup of hot chocolate.